Elise Arnold-Levene holds a B.A. in Hispanic Studies from McGill University and an M.A. and Ph.D. in Latin American and Iberian Cultures from Columbia University. She specializes in modern Latin American and Caribbean literature and cultural studies. Her interests include Afro-Hispanic studies, life writing, intellectual history, and visual and material culture. She works at the intersection between literature, history, and anthropology.

Her current research project centers on Lydia Cabrera and takes a holistic approach to the study of this central figure in 20th-century Cuban culture. It explores Cabrera’s work as a writer and anthropologist, her dictionaries and glossaries of Afro-Cuban languages and traditions, and her work on conservation of Spanish colonial architecture and antiques in Old Havana and the surrounding area.

Elise has designed and taught courses on Latin American literature and culture at Columbia University and Mercy College including “Hispanic Caribbean Literature and Film” and “From Self to Self: Modern Latin American Autobiography.” She has studied at the University of Havana and the University of Buenos Aires, and she was a Cuban Heritage Collection Research Fellow at the University of Miami. In 2017 she conducted research in Cuba sponsored by the Northeast Modern Language Association Research Fellowship and the Mercy College Greenwald Faculty Development Award. She has worked on organic farms across South America. 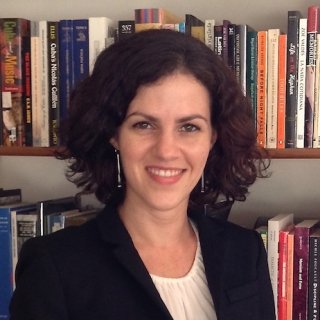