Tiffany Cordero ’16 is featured in an award-winning documentary entitled “LIFT” that premiered at this year’s prestigious Tribeca Film Festival. The film profiles students in the New York Theatre Ballet’s LIFT program, which provides scholarships for at-risk and homeless children to study ballet.

Cordero was one of those talented ballet students. “I don't talk about this part of my life all that much, but I grew up living in the New York City shelter system with my family,” she said. “You can't control how you start, only how you finish. And that’s just how I started.” She excelled in the program to the point of performing professionally as a teenager.

In search of after-school programs that could double as child care, Cordero’s mother signed up her two daughters to audition for the LIFT program. At first, Cordero was not interested in ballet — “it seemed too girly and weak” — only auditioning at age nine because her sister wanted to. Both girls won full scholarships. “Through the LIFT program, I was able to afford my ballet studies,” Cordero said. “And ballet is pretty much what saved me.”

She soon found that ballet was much more demanding than she had expected: “Ballet requires you to be so physical, so focused and so disciplined. Your brain has to be in tune with your body. It taught me such self-awareness and how to really listen. And the studio was my equalizer because it really didn't matter there how much money I had or where I came from. If I practiced and if I listened, I would be good. ”

One day, Petersen showed up in the studio to film. “He said, ‘I don’t know exactly what I’m creating here, but when it’s done, I hope that it gives you all a voice,’” according to Cordero. “It took over 10 years, but I do think the film has given us a voice. It's been a really rewarding and gratifying experience to share this part of my story."

By the time she was in high school, Cordero was dancing professionally with the New York Theatre Ballet and apprenticing with ballet companies in Europe.

When it was time to apply for college, she wanted to study something other than dance. The advisor of her high school’s Virtual Enterprises International Club mentioned that Mercy College was awarding scholarships to their School of Business. Before long, Cordero’s smarts, passion and ingenuity secured her a full scholarship to Mercy’s Business Honors program. Several years after graduating with a bachelor’s degree in marketing, she now works as a product and market strategy analyst at investment management company Lord Abbett & Co. LLC.

“From beginning to end, my time at Mercy was an incredibly valuable learning experience,” she said. “I met a lot of different people, and I applied all those active listening skills I developed in ballet. Mercy is a very respectful, tolerant place where people from different walks of life can have real conversations and begin to understand each other. I learned so much about how to interact with other people and the kind of person that I want to be.”

Cordero’s story — and the stories of all the ballet students profiled in “LIFT” — proves the power of dreams and hard work. “If you have the privilege and the opportunity to reach for your dreams, actually go for them,” she said. “It's a really beautiful life on the other side of fear.” 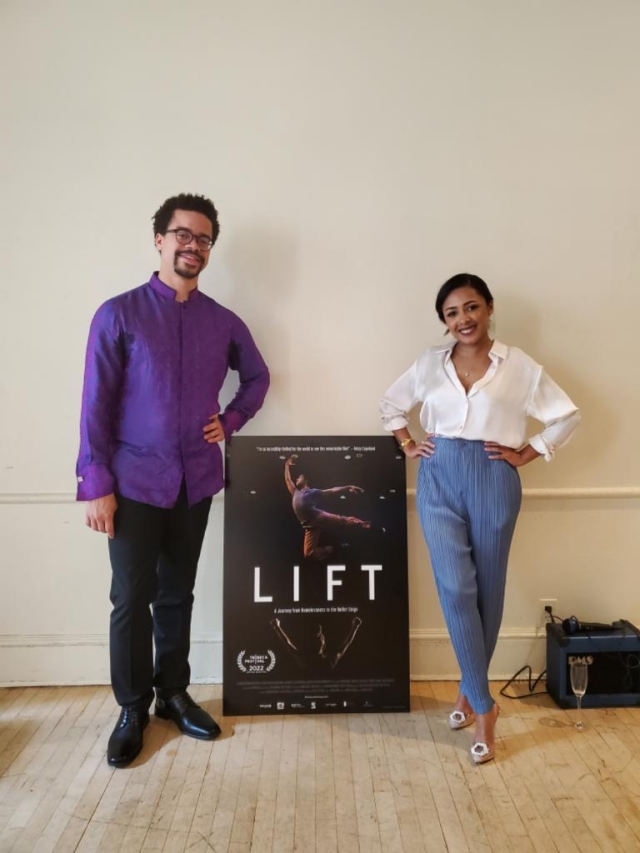